TRENDING
Navigate
Categorized as
2171
Tagged as
iOSMicrosoftSkypeSkype for iOS
Related

The latest to add in Microsoft’s Skype – Skype has updated its iOS application with the focus on delivering better improved user interfaces for both dialpad and instant messaging, making it more stable on Apple’s iOS 5 firmeware. As of looking, the dialpad contains exactly the same functionality as that it consists in older versions of the app but has given a fresher look – with old rounded key buttons removed and replaced with a full dark background which is certainly having similarities to that of Apple’s own dialer. 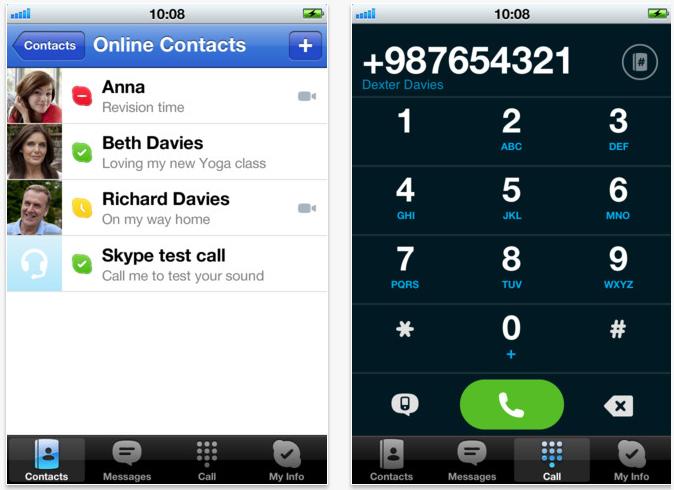 Skype added colour to the main chat screen and a new bubble interface separating messages according to the end users that send them – Skype’s visual refreshes in 3.7 version help differentiates between users in instant messaging – according to Skype team, they has fixed a number of issues that “potentially” affected stability on iOS 5, which on the course of times even resulted in app crashing on launch.