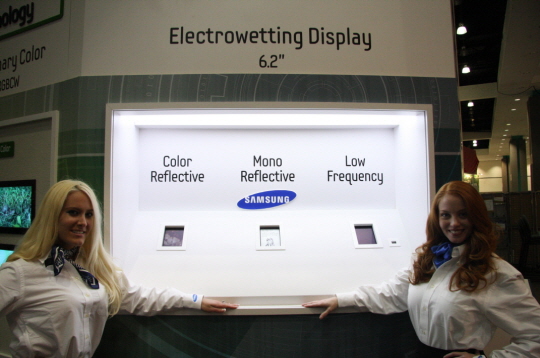 PocketNow is reporting that South-Korean giant Samsung will finally be ready to roll out its new electrowetting display in quantity, starting in 2013. Samsung acquired a company last year with a whole different kind of display technology, called as Liquavista’s electrowetting display (EWD) technology combining the best aspects of E Ink and LCD, while still being flexible. Johan Feenstra, Liquavista founder and CEO of Samsung’s Netherlands-based LCD R&D centre, stated that the tech could be used in tablets and e-readers starting next year. Liquavista also claims that the manufacturing process is more than 90 percent compatible.