Samsung mobiles have tasted success after the launch of Samsung Galaxy Note, which was booed by the critics previously, but the market had received it like a hot cake. The company is back again with the launch of their new Samsung Galaxy Note II. The size of the mobile handset was such that it was neither possible to call it a phone, nor as big as a tablet, so a new term was coined as that of “Phablet.”  According to Gadget News, the amazing success of the original Note has inspired the engineers to come up with a smarter, bigger, and a better Note II, this time round. The hardware of the Phablet is so powerful that it can function like both, a smartphone and a tablet, combining with the smart software, which will leave the rest of the brands way behind. 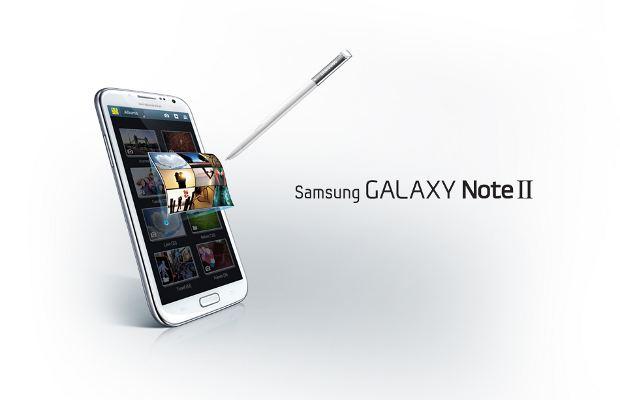 The Samsung Galaxy Note II has a bigger screen display of 5.3 inch, and is narrower than the earlier one at 5.5 inch. This will improve the grip of your hand on your priced possession. Although the display of the screen is the same Super AMOLED one, like its predecessor, but the operating system the Note consists of is the latest version of Android, the Android Jelly Bean that is till now present only in the Google Nexus 7, and the Galaxy Nexus. The heart of your favorite Phablet has become more powerful with the inclusion of Quad Core processor while it comes with the 8-megapixel camera, which will increase your photo quality by leaps and bounds from the previous version. The front camera that is present performs well, during video chatting. The insiders of the Gadget News have not found the video recording of the Phablet that sharp, as the still images are.

You will love to use this device for your browsing needs, as the speed is quite fast due to the 1.6 GHz, Cortex A9 CPU, present in the Samsung Galaxy Note II. The capacitive touch sensor is also quite responsive, which supports multi touch function. The user interface is quite interactive due to TouchWiz technology. The screen of your Phablet is scratch resistant, and highly durable due to the use of high quality “Corning Gorilla Glass 2”.  The video player is capable of playing any format of video you like, including .avi, or .mkv, thereby enabling you to enjoy HD quality video whenever you feel like watching them.

The Feature you’ll love it:

Although all the features are good except the plastic used in Samsung Galaxy Note II, the best features according to the publication are the S Pen Stylus, which works amazingly with the S Note bundle app. This has a variety of advanced features like taking down notes in your own handwriting, edit pictures, scenes, and portraits. The amazing multi – tasking feature coupled with the ability of using spilt windows, which enables you to work in two windows at the same time is a great feature. Such a smart device should have a powerful battery, and in this department too, your Phablet will not let you down.