With news already in the air that the South Korean giant Samsung coming up with its next instalment of Galaxy S series: the Galaxy S IV, the company today teased about the new Android-based device by posting an image from its Samsung Mobile Twitter account saying that a new public event will take place in Times Square on March 14.

The image reads “Be Ready 4 The Next Galaxy @Times Square / March 14, 7PM.” This confirms that the event will take place at 7pm at Times Square in New York City. Further what makes the event interesting is that anyone can attend the event in Times Square and can watch a livestream of the launch as well as “experience” the device. 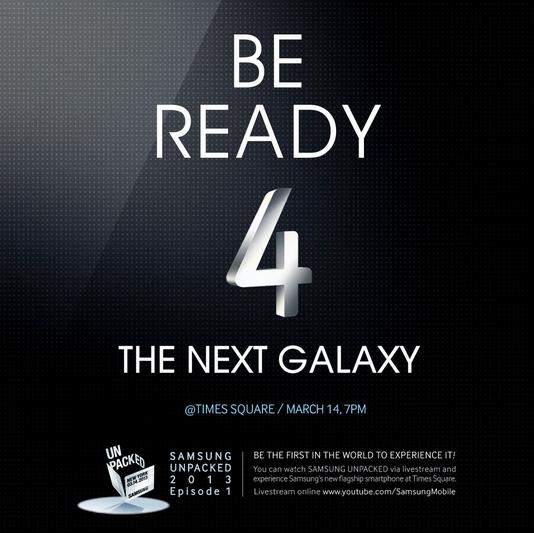