Vietnamese website Tinhte last week had posted images and video of a new device, the Samsung’s most awaited and soon to be launched Galaxy S III (GT-i9300) on May 3rd in London – but now what we have the confirmation that what the new device is coming with – thanks to Amazon Germany. Later BestBoyZ noticed that a listing for the device appeared on Amazon’s German website, listing a 4.7-inch Super AMOLED screen, 12-megapixel camera, and Ice Cream Sandwich. Although only partial information is provided, and it could be simply indicating that a 32GB variant will be available. Now, the company is preparing to unveil its first teaser for the much awaited Galaxy S III smartphone. A tweet from the company’s mobile division points readers to the charmingly titled tgeltaayehxnx website — an anagram for “the next galaxy” — where a countdown is teasing “the next step in” for approximately 05 hours and 51 minutes from now. 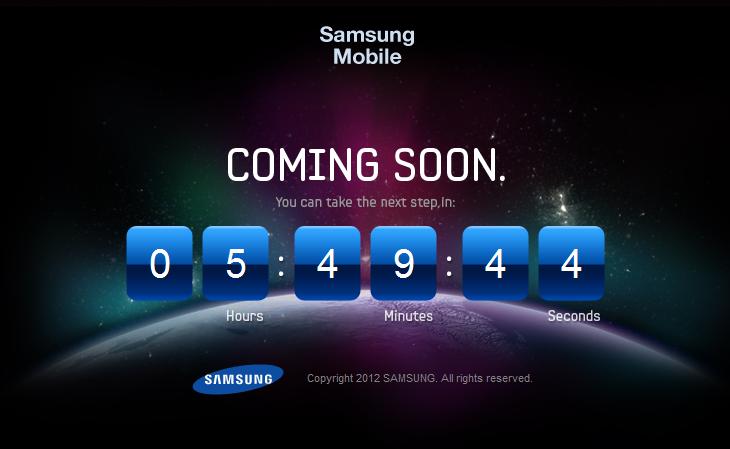