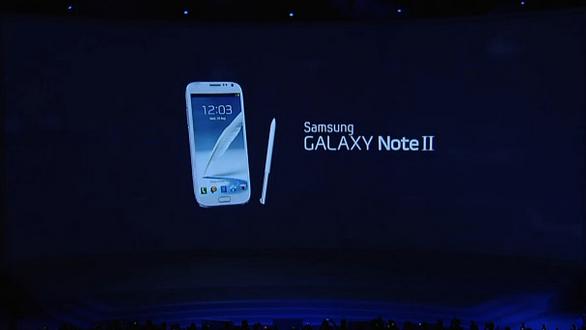 With the leak an hour before today’s press conference event it was revealed that Samsung will announce Galaxy Note II and here it is, Samsung officially announced Galaxy Note II at IFA 2012, bringing a whole new level of innovation for the Galaxy Note category. The device features a 5.5-inch HD Super AMOLED screen, 16:9 screen ratios, 1.6GHz Quad-Core processor and HSPA Plus or 4G LTE, powered by Android 4.1, Jelly Bean. The memory options are 16 GB, 32 GB, and 64 GB with an expandable micro SD memory slot and 3,100mAh battery. The Note II comes with an 8-megapixel rear-facing and 1.9-megapixel front-facing camera with HD video recording. The device will be available in Marble White or Titanium Gray color options, with the launch is set for October starting in major European, Asian, and Middle East markets.

For American consumers who are waiting for Galaxy Note II, well you have to wait a bit little longer. Engadget received an official statement from Samsung:

“Samsung Mobile is planning a U.S. version of Galaxy Note II, which will be available later in 2012. Building on the success of the original Galaxy Note, we’re confident that the Galaxy Note II continues to redefine what consumers should expect from their smartphone and delivers a powerful, innovative and unique experience. Exact timing and retail channel availability is not being announced at this time, we will continue to share information as it becomes available.“