With plans already being revealed over the release of Tizen-based smartphone this year, today we have got the first look of the device, codenamed GT-i8800. The images of the device was shared by Tizen Greek Community and if it believed to be true as it appears and reported, then the device GT-i8800 will includes Tizen 2.1 operating system as well as S-Voice.

“We plan to release new, competitive Tizen devices within this year and will keep expanding the lineup depending on market conditions,” Suwon, South Korea-based Samsung said back in January.” The company didn’t elaborate on model specifications, prices or timeframe for their debut.”

With pictures leaked out in wind, we believe Samsung strongly putting its all lot emphasis on the operating system. But also one question definitely make us curious since Samsung’s more than 900 million devices having Android installed in it, what the South-Korean giant planning for with this new OS. Well, the company will itself let us know soon as the way things coming out. 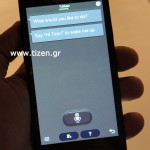 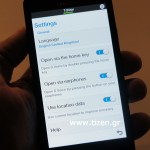 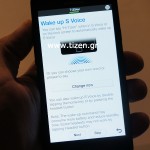 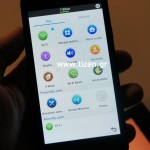 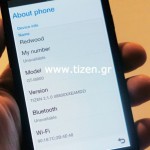