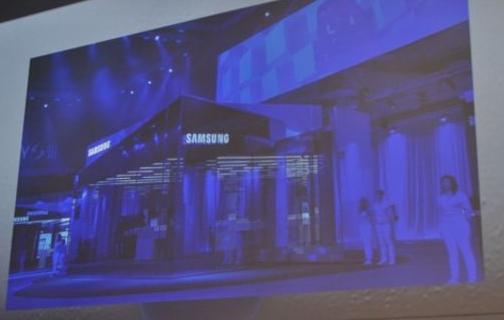 Samsung along with Galaxy S III announcement, talks about that it is expanding its ‘Pop-up’ retail stores. In first view it would be just like giving Apple the direct taking with Apple’s famous “one more thing”. Seems like the company finally thinking hard on its retail strategy and with this giving it the first stepping stone. The new Pop-up store that Samsung showed during the Galaxy S III keynote was a large glass cube that rose up from underneath the stage.