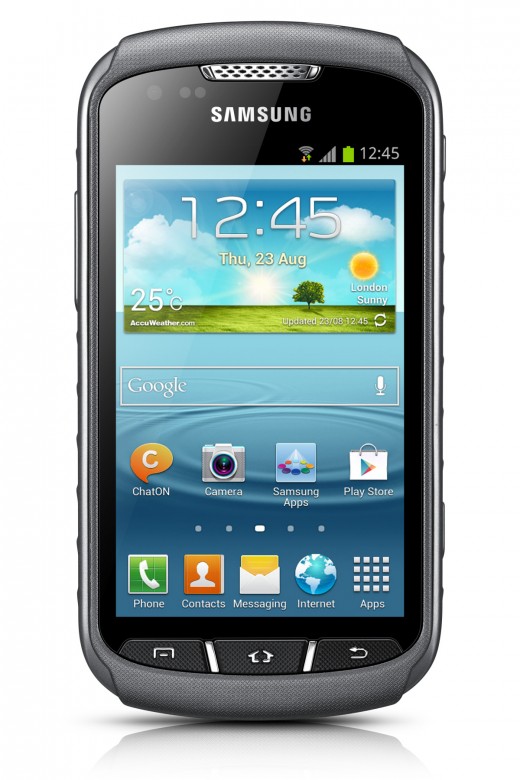 Samsung today announced the new 4-inch Xcover 2. The device is a water resistant Android smartphone built for explorers, Android 4.1 (Jelly Bean), a 5-megapixel camera and a 1GHz dual-core processor which comes with a charge for up to 570 hours due to its 1,700mAh battery. The device further sports a 4-inch WVGA display, a VGA front-facing camera and a Bluetooth connection bumped with an extra 32GB and a microSD card onboard.

The device features the intuitive Motion UI which understands your movements to shake and update or turn over to mute; data can be synced, backed up and restored with S-Cloud while the S Voice lets users control the phone using their voice, allowing you to see the weekly weather forecast. The best Shot recommends the best shot from a series of photos while the Smart Stay recognizes whether the user is looking at the screen to dim the screen accordingly.