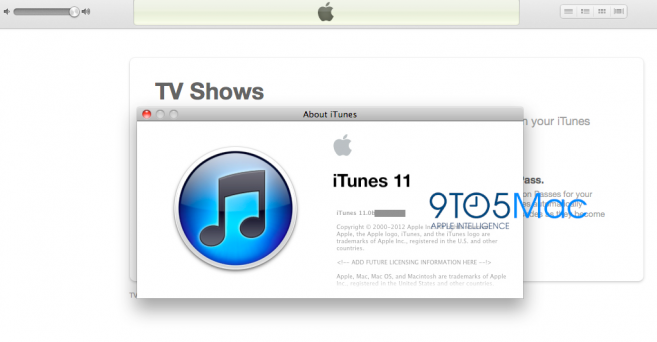 9to5Mac reports that Apple is working on to release its latest iTunes version – the version 11 which will feature new iCloud and iOS 6 supports. The site suggests that iCloud integration is said to be a major change over. A dedicated iCloud control panel within iTunes will reportedly allow for direct management of iTunes in the Cloud content and device backups made to Apple’s cloud service, amongst other services.

The update will reportedly also work hand-in-hand with iOS 6, which tracks with Apple’s trend of releasing new versions of its mobile OS on a yearly basis. The publication further states that Apple may deploy a smaller upgrade to the current version of iTunes to provide iOS 6 compatibility; opening up the possible iTunes 11 release window.