F-Secure has released its 40-page “Q3 2012 Mobile Threat Report” (PDF) revealing that Android malware surged in third quarter. The report surges by saying that out of the total 51,447 samples discovered by the security firm, 28,298 were malicious samples, out of which 146 came from Google Play and 23,049 were from potentially unwanted software (PUA), means that 55.20 percent of the samples were malware and remaining 44.80 percent were considered as risky. What it all means is that if you are an Android user, it is strongly advisable that you stick to Google Play Store only for all your downloads. 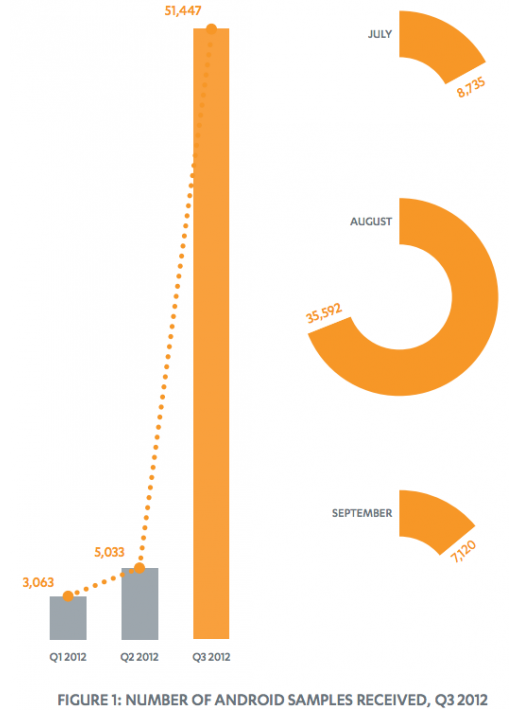