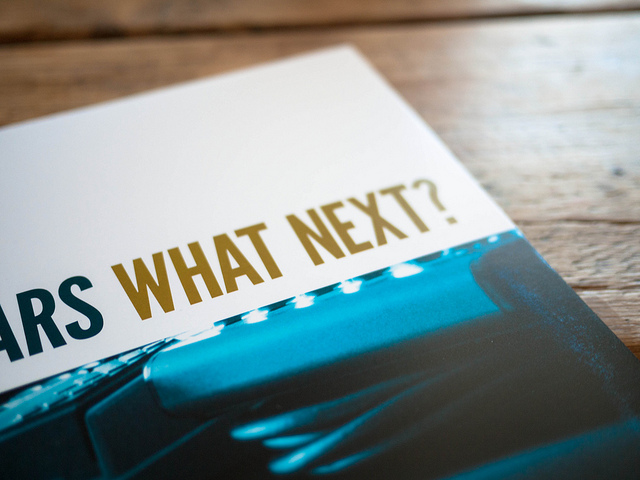 Have Smartphones reached an apex? Has the technology gone as far as it can go? Smartphones are basically mini computers, and can do nearly as much as our computers and tablets can do. This perhaps leaves little room for improvement in the future. If this is true what is the next big technological advancement for investors to watch out for in the near future.

Many of the up and coming technological advancements are due to the proliferation of mobile devices with companies constantly looking to improve on what we already have. Smartphones are now owned by over two billion people worldwide. This will lead to technology industries building opportunities on the back of smartphone success.

The End of the Smartphone

Smartphone sales are still buoyant but the end of the smartphone as we know it today is inevitable. This is because the way we interact with our phones will quickly change. Smartphones have limitations which can in time be improved on. One possible advance is that the phone will stay in our pockets and we will interact with devices that will communicate with our phones. Mobile phones will become little more than storage devices and provide access to the Internet. New technology will become wearable eliminating the need to use our hands.

Health monitors and heart rate monitors are slim devices worn on the wrist and designed to motivate its owner to get more active and exercise in the training range. It tracks calories burned, heart rate, distance walked and monitors daily exercise goals.

During the night some watches will track your sleep cycle. One can access statistics collected by the watch with the computer or smartphone. The technology doesn’t stop here. Some watches have the capacity to take pictures and video clips. As time goes by more and more functions will be built into our wristwatches.

Glasses may be the next evolutionary move away from the smartphone providing the same functions and services but in a device which can be worn comfortably on the head. It will present information immediately before the eyes. This will allow one to keep the mobile device in a pocket or handbag. Computer glasses will be subject less to theft or loss than the traditional mobile device. Like many new innovations, the new Google Glass launched recently has some privacy issues as it can be used to video people without their knowledge.It may be hard to envision a time where all of us wear computerized glasses, however, the idea is consistent with the gradual evolution of computers. Computer began their history filling big rooms, then desk tops, on our laps and now in our palms. Maybe glasses are the next logical move forward in the life of a computer.

Storing information in the cloud is becoming more important to users and companies than the devices they access it from. Being synced 24/7 is the new obsession and this technology allows users to do just so. Whether they’re using a private or public cloud, the technology will see growth across the world catering to almost everyone — the business man on the move, school children who no longer have to carry around stacks of heavy text books, remote workers, students getting online degrees in accounting— the possibilities are endless. Cloud technology can also be integrated with traditional IT hardware and be used to host large, rarely accessed files to keep systems running at their fastest. There are already specialty companies in this niche with more bounding through the door.

About the Author
Trisha Vivona

Trisha Vivona is currently pursuing her finance degree and is also a freelance writer and social media talent valuing innovation, hard work, and a relentless approach to creating value for clients and stakeholders. She can be reached on Twitter, Facebook, Google+ and LinkedIn.