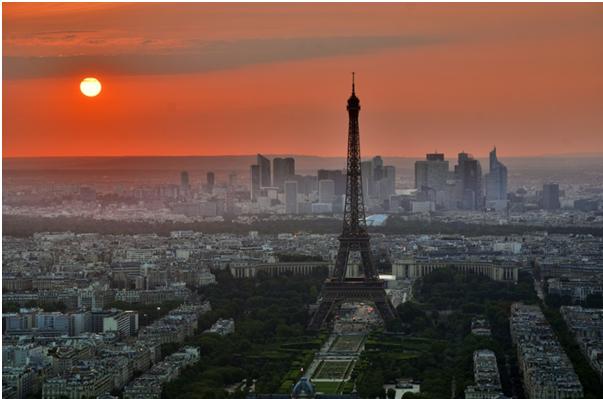 We live in a world where hype is everywhere. People are paid good money to make you think and feel as though you’ll be lost without a certain product. This watch will make your life better. You’ll wonder how you existed without this phone. When you watch this film, it will change the way you think about cinema, and so on.

And the dangerous thing about hype is that you build up an image in your head. You feel as though, to not be a disappointment, the product has to be life-changingly amazing. How can it possibly live up to that? Some cities fall into this bracket, too. “You’ve never been to London? You have to go.” “New York is like nothing you’ve ever experienced.” Paris also gets people talking like that.

So the question has to be asked. Can Paris be as incredible as people say?

The Landmarks: The Eiffel Tower And More Besides

The second you step out of your taxi Paris almost physically grabs you. The scenery will be familiar to anyone with a television, and the way it is shot by film-makers makes it seem almost regal. Does it match up when you’re there? Absolutely. Of course there’s the Eiffel Tower, and it lives up to expectations in person.

Perhaps the real surprise package is the Arc de Triomphe. It’s imposing enough when you stand in front of it. But when you look beneath, there is the Tomb of the Unknown Soldier. As a tribute to those soldiers who fell in World War 1 without their names being recorded, it is somber and dignified. It is also deeply inspiring.

While Paris is filled with the best of landmarks when compared to whole of the world, it in the same way, got the best hotels on board. Hotels like Fraser Suites Harmonie La Defense not just only add up experience to whole of your stay but will give you a real charm of what it would be like to live in the city of love.

The Fashion: Is It As Good As Milan?

If you want to make a friend for life, take a fashionista acquaintance and bring them to Paris with you. The debate will rage, perhaps forever, over whether Paris and Milan match up. The truth is, it depends on personal taste and style. Milanese boutiques are about the richness of the fabric. In Paris, the cut comes first. Sharp lines will never go out of style. And neither, for that reason, will Paris.

The Food: Cosmopolitan Or Metropolitan?

As a capital city, Paris is similar to many of its fellow capitals in that it is host to a melting-pot of cultures. Where you have that, you will have a diversity of cuisines. French food is widely felt to be among the best in the world, and you will find it at its best in the cafes and restaurants here. Find any cafe-patisserie and have some petits-fours with your coffee, if you want an indulgent treat.

And then again, if you want to sample some of that culinary melting pot, there are options. Kurdish dishes at Urfa Durum are recommended by those in the know.

Plus, if you want to try a Parisien take on an American classic, try the burgers at Big Fernand. They fuse the best of US fast food with different regional specialties from around France. It’s hard to look past Le Bartholomé, an Alpine twist on the idea which fuses diverse tastes in each mouthful. But really, the choice is yours. You won’t regret it either way!

Image via Unsplash at PixaBay