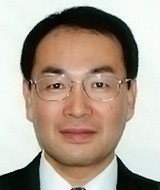 The troubled Japanese electronics giant Panasonic which earlier this month post a $9 billion in losses, announced today that the current senior executive Kazuhiro Tsuga as a company new president. He is going to replace Fumio Ohtsubo in an executive reshuffle that will take place in June. Tsuga took charge of Panasonic’s flagship TV and audio visual operations last year after a successful stint overseeing the company’s car electronics business.

The 55-year-old Tsuga will become the new president at an annual shareholders meeting June 27 to become the youngest president outside the 94-year-old company’s founding Panasonic family. Current President Fumio Ohtsubo will become chairman and current Chairman Kunio Nakamura will become an advisor, the company said.