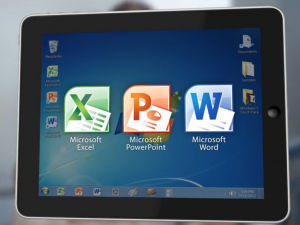 OnLive Desktop released its app on Apple’s iTunes App store today. The app is basically free, giving iPad users Microsoft Office limited access to Window’s premiere word processing, presentation and spreadsheet software – through it will introduce its “pro” and “enterprise” versions of the service with additional features in coming months.

OnLive Desktop is a service that provides a seamless, no-compromise, instant-response cloud-based PC desktop, wherever and whenever you want it. With the app, OnLive brings the power to your iPad for a high-performance PC experience, where interacting with fast-action media is now more possible.