According to the latest findings from OnDevice Research, four of Android phones has beaten iPhone 5 in US over US satisfaction, but what still sounds interesting is that Apple still takes first place overall. The research firm has asked 320,000 mobile and tablet users in six countries including the US, UK, France, Germany, Japan and Indonesia about their device satisfaction. 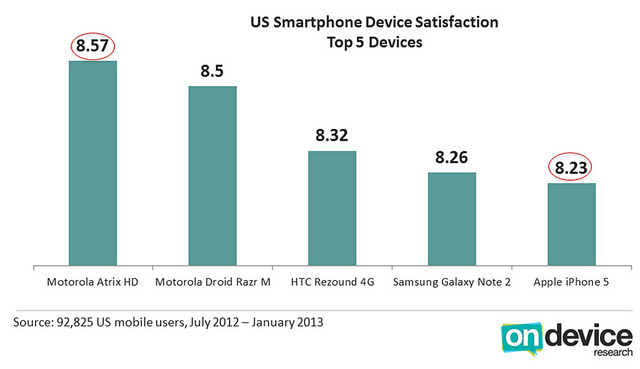