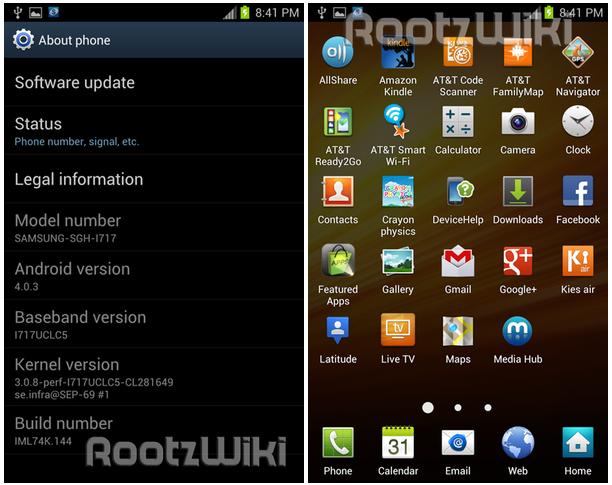 RootzWiki reports an official Ice Cream Sandwich ROM leak for the AT&T Samsung Galaxy Note. The South-Korean giant recently announced that the update to Android 4.0 would be out by Q2, but what with the current leak, it somehow shows how it is quite in the line-up to release soon. RootzWiki’s internal build tester has provided with the following rundown of working features:

Here are few changes for those who are using the Samsung in the Gingerbread Galaxy Note:

There are a few small issues and design decisions that you’ll have to contend with: