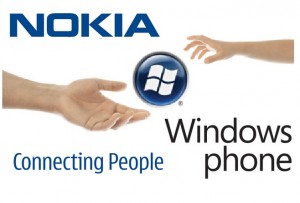 We just reported that Microsoft’s latest Windows Phone edition – Windows Phone 8 starts creating mess for Nokia Lumia as the new OS does not fit in Nokia’s Lumia phone to current users. Windows Phone 8, in the fall, but the software won’t be able to run on current Lumia phones, making Nokia a bit tougher to sell the phone as users wanted the upgraded version.

Seeing and analysing the situation, Nomura Holdings Inc. analysts wrote in a note to investors that they had cut their estimates on Nokia’s revenue next year down to 6 billion euros ($7.5 billion), compared with an earlier estimate of 10.9 billion euros (about $13.68 billion), reports Bloomberg. Now, the company will sell 34 million phone running Windows Phone by next year, which is 41 percent less than what previously estimated.

“We had hoped that Q3 would represent the low point in Nokia’s competitive cycle.”

“An abandoned strategy in feature phones combined with an apparent increase in competitive pressures in Windows Phone lead us to cut revenue estimates that the recent restructuring announcement does not fully offset.”