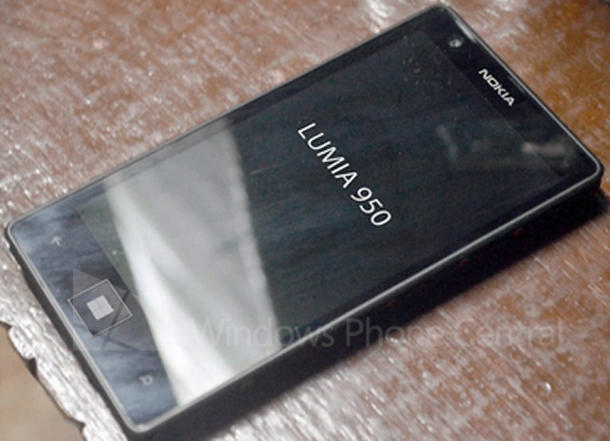 According to a report on Window Phone Central, alleged first photo of prototype Nokia Lumia 950 revealed. The site further detailed out possible Lumia 950 features, including an AMOLED touchscreen with a 1,280×768-pixel resolution, 2GB of RAM, and an extended battery life.

The image the site shared contains a sticker mounted on it saying Lumia 950, although there is nothing like which confirmed that it is the real Lumia 950, although it do have being seen something like in the past to look after as pre-Lumia 800 prototypes. Over the top, it feels like the device could be a “3D model photographed from a screen.”