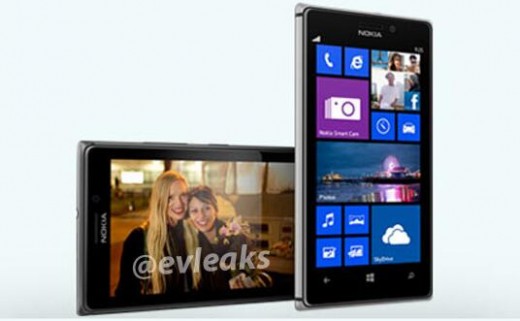 With standing just a day away from Nokia’s Lumia event, which being going to held in London, a new device dubbed as Nokia Lumia 925 shaed by @evleaks. The image shows off as the company’s “Catwalk” aluminium device. Although Nokia started teasing its mystery Lumia device since from the weekend with broadcasting a teaser on British TV, but now, as @evleaks showed up things turned out to be clearer.

The Lumia 925 image appears to have plastic or aluminium frame outside its body, with different notches while having a colored body. The device running the iconic Windows Phone 8 homescreen as well as group shot which seems to be taken with its new rear-facing camera. Well, since not much time left and we will be covering live, we will get the complete picture on board tomorrow sharing what’s Nokia actually cooking i.e. is it the same device or something else?