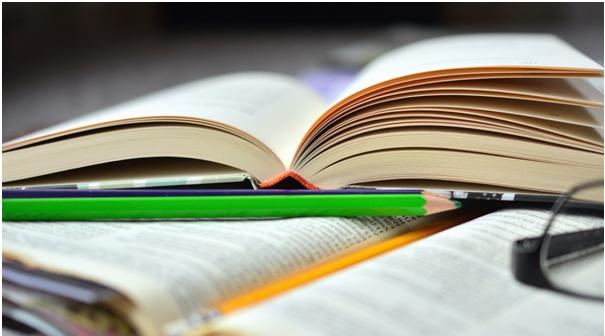 In India where there are approx. 260 Private Universities, 47 Central Universities, 290 State Public Universities and 123 deemed Universities. NIRF is a framework by which students can gain an actual insight about the quality of education the university will provide.

NIRF was established on 29th September 2015 and first rankings were allotted in 2016. Around 3500 institutes participated in the rankings.

Just to ease your burden of looking for best universities in South India, we have compiled a list of top universities according to NIRF ranking.

Let us know more about these universities below –

Indian Institute of Science is ranked number 1 by NIRF rankings in overall as well as university rankings. The institute was established in 1909 and has been serving the needs of the country with its consistent efforts in the field of science.

Indian Institute of Science has been constantly ranked the best higher education institute in India by many national and international ranking houses.

In the QS World University Rankings, IISc was ranked 190, which is the highest rank obtained by any institute. IISc was also ranked 33 in Asia and 6th in BRICS nation in the same rankings.

For getting admission in the Bachelor of Science course offered by the institute, a candidate needs to have appeared in either KVPY/IITJEE/NEET, according to the specialization opted.

Admission in postgraduate courses is done on the basis of entrance tests like GATE, JEST, CEED, CAT, and GMAT.

For getting admission in integrated Ph.D. and Ph.D. programs, candidates need to appear in entrance tests like NET, GATE, JAM, and JEST, depending upon the stream.

Being a research-focused institute, IISc has produced many research scientists. Also, IISc does not lag behind any institute in the country in terms of placements as well.

Jawaharlal Nehru Centre for Advanced Scientific Research, abbreviated as JNCASR, has been ranked 4th amongst universities in the latest NIRF rankings. Established in 1989 in Bangalore, JNCASR has become amongst the best research institutes in the country.

JNCASR has a lot of achievements to its name. Currently, JNCASR published around 200 research papers every year, which is a very good number.

Work of the faculty members of the institute has been published in world best journals like Nature, Journal of American Chemical Society, Journal of fluid mechanics and many others. The institute currently has 12 patents and has been recognized as highest impact institution, according to Science Citation Index of 2011-12.

Being a research institute, JNCASR provides postgraduate and doctoral programs only.

The University of Hyderabad has been ranked as the 7th best university in the country, according to latest NIRF rankings. Established in 1974, the university has been primarily focused on research and serving the academic needs of the country.

The university has been ranked amongst 601-650 by QS World University Rankings of 2018. In 2015, the university received visitor’s award for the best central university in the country by President of the country.

The University of Hyderabad provides is primarily a Masters Level University and provides postgraduate courses in the field of Mathematics and Statistics, Physics, Chemistry, Life Sciences, Social Sciences, Humanities, and Communication. The university campus currently has more than 5000 students.

For admission, University of Hyderabad conducts its own entrance test annually in the month of May or June, which is followed by Interviews.

The university has a total of 5 campuses in the states of Kerala, Tamilnadu, and Karnataka.

Amrita University offers various Undergraduate and Postgraduate programs in Medical Fields. The university is primarily divided into 6 departments, named School of Engineering, School of Business, School of Arts and Science, Healthcare campuses, School of Biotechnology and School of Communication.

Vellore Institute of Technology, also known as VIT University, has been ranked as the 14th best university in the country, according to the latest NIRF rankings. VIT University is a private university which was established in 1984 in Tamil Nadu. Currently, the university has campuses in Vellore and Chennai.

Primarily a technology institute, VIT University provides many courses in various specializations of engineering. Along with this, VIT University also provides courses in Management, Law and Fashion Designing as well. For getting admission in engineering courses at VIT, candidates need to appear in its own entrance examination named VITEEE, which is conducted in the months of May and April every year.

VIT University is very famous for its placements in IT sector, with companies like Wipro, Cognizant and Accenture hiring more than 1000 students each from the campus.

Tamil Nadu Agricultural University holds the 17th position in Best University rankings given by NIRF. Established in 1868 as an Agriculture School in Chennai, the University relocated itself to Coimbatore in 1906, which is its current headquarters.

Tamil Nadu Agricultural University has a history of producing candidates that are expert in the field of agriculture. Currently, University provides 13UG programs, 40 PG programs, and 14 Doctoral level programs. The university is currently spread over 11 campuses in Tamil Nadu and has 26 Research Centers along with 14 farm science centers.

To get admission in Tamil Nadu Agricultural University, Candidates can reach the official website of the university and fill the online forms. Candidates are granted admission on the base of their academic scores in previous class/course.

Bharat University has several accolades and favorable rankings to its name. It was awarded as Best Private University of the Year, in the year 2014 by World Education Congress. In the same year, ASSOCHAM awarded it as the Best Multi-Stream University.

Bharat University is divided into 4 campuses. It provides undergraduate, postgraduate and doctoral programs in the field of science, technology, engineering, medicine, arts, and management.

Globally, it has been ranked amongst the top 1000 universities and has featured in top 300 universities in Asia, in the lists prepared by many ranking houses.

The University offers various graduate and postgraduate courses in the fields of Engineering and Technology, Law, Management, Science, and Arts. The University selects candidates on the basis of various National and State level entrance tests.

The university has been maintaining a good placement record as well and is associated with more than 35 companies.

Admission in many courses is given directly on first come first serve basis.

Kerala University or the University of Kerala features right next to Bharathiar University in the list of top universities by NIRF, at 29th rank. The university was established in 1937 and is amongst some of the oldest universities in India.

The university has also been awarded Chancellor’s Award for Best University in the state. The primary focus of the university is on Masters, M.Phil. and Doctorate programs.

Featuring 32nd in the list of top universities by NIRF is Shanmugha Arts, Science, Technology and Research Academy. Popularly known as SASTRA, it was established as Shanmugha College of Engineering in 1984. In 2001, it was rebranded as its current name and got the status of a deemed university, and thereby becoming the first institute in Tamil Nadu to achieve this status.

The University has been ranked 25th in the list of engineering colleges in the country by NIRF. Times Higher Education Rankings ranked it amongst the top 300 universities in Asia.

The University holds the record for most number of placements by a single company from the campus. In 2011, Tata Consultancy Serviced hired 1,755 students from its campus and thus established this record. The university currently has over 13,000 students inside its campus.

The University provides several B.Tech. and M.Tech. courses in numerous fields of engineering. It also provides B.com. in Computer Application and an integrated B.Com. LLB/ BA LLB/ BBA LLB course as well. Apart from these, it also provides MBA, MCA, and Doctoral level courses as well.

We hope this comprehensive list of top ranked Universities in South India, help you in finding the place where you want to pursue your higher education!