Facebook IPO craze and excitement level is increasing day by day and more fun and interesting figures to add, a new study by Nielsen revealed that how social giant took over the web? Yes a big question, as a social networking site having over 901 million users (huge number). Nielsen figured out that it had roughly 152 million unique U.S. visitors in March 2012— or, more than two out of three Americans who were active online visited Facebook. Tracking records from the past years, Nielsen revealed: 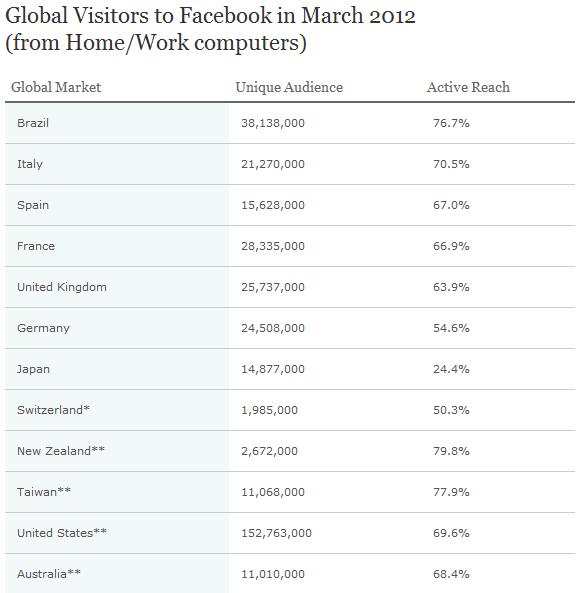