TRENDING
Navigate
Categorized as
2322
Tagged as
AndroidAppleBlackberryGoogleiOSNielsenPlatformResearch In MotionRIMSmartphone
Related

Nielsen newest report says that during the Q2 2012, smartphone penetration in US continued to grow, with total of 54.9 percent of US mobile subscribers owing smartphones as of June 2012, means now 2 out of 3 Americans who acquired a mobile phone goes for smartphone instead of a feature phone in the last three months. 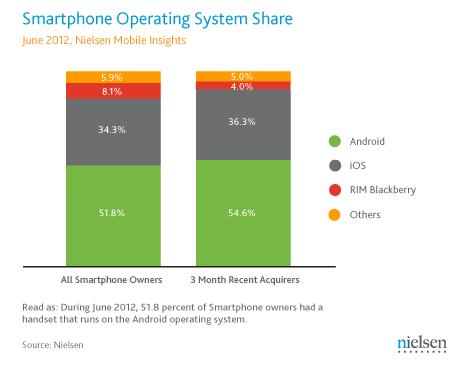 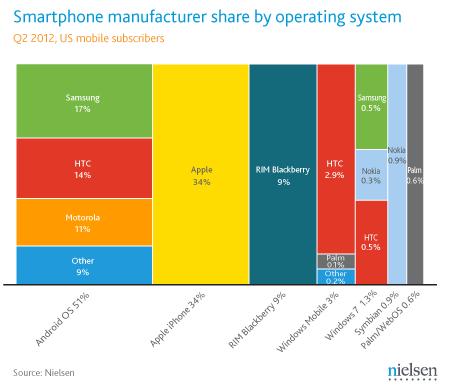 But, if we talk about manufacturer share, Apple tops the chart in this, as among smartphone owners, the Cupertino-based giant had the highest manufacturer share of smartphone handsets. While looking on for the recent acquirers who bought up the smartphone during June 2012, in that 54 percent opted for Android handset and 36 percent bought an iPhone.