According to a report on Focus Taiwan via an Asus employee who earlier leaked the specs revealed that the second-generation Nexus 7 will launch in July. The new version of the 7-inch device features Android 4.3, resolution of 1920 X 1080 pixels and will be powered by Qualcomm’s Snapdragon 600 quad-core processor with 2GB of RAM. 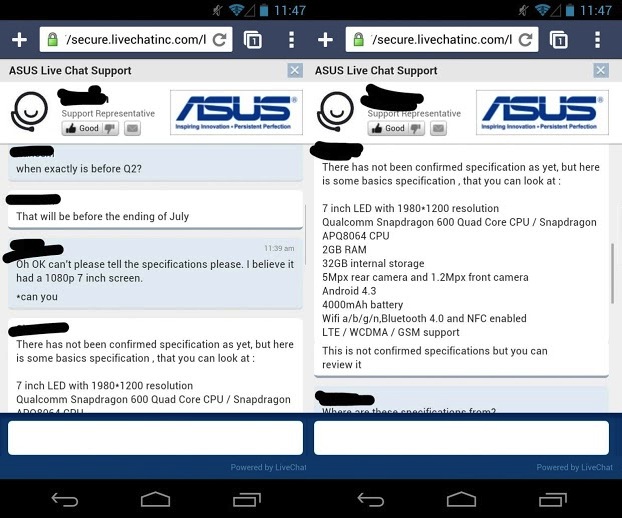 It also includes 32GB of internal storage and is compatible with connectivity options including Wi-Fi, Bluetooth and LTE. The 7-inch device was named as “Best Mobile Tablet” at the Mobile World Congress in Spain earlier this year and believes to cost consumers pockets in US about $199 for 8GB model and $249 for 16GB model.