The images of the Samsung I9295 Galaxy S4 Active revealed today, reported GSM Arena. The publication revealed that the Active will be a tougher dust and water resistant Galaxy S4’s version. Talking about specs, the device expected to include a quad-core 1.9GHz processor with Adreno 320 GPU, Snapdragon 600 chipset.

Further, it’s to believe that the device contain a 5.0-inch 1080p screen, while it is still not clear whether if it is a Super AMOLED one or not. The pixel density of the phone is 480ppi while publication tipster confirmed that the device having an 8-megapixel camera, which is actually a downgrade from the 13-megapixel sensor of the Galaxy S4.

More to come as we believe stay tuned with us and we will update you further. 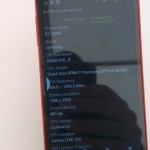 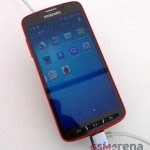