TRENDING
Navigate
Categorized as
1451
Tagged as
AndroidAppGmailGmail for Android
Related

Google today started rolling out its redesigned Gmail for Android app. As soon as you update the app, Gmail for your Android phone will automatically filter your inbox into either “tabs” or new sections which will separate messages. The update comes as per different Android versions available. For Android 4.1 (Jelly Bean) and up, the company has bought up reply, archive or delete from notifications as a feature. For Android 4.0 (Ice Cream Sandwich) and up, there will be now faster search, even when you are offline as well as bugs fixes and performance improvements. For Android 2.2 and up, new labels API for 3rd-party app developers and performance improvements on the chart.

Here is a quick changelog of an update:

• Reply, archive or delete from notifications – no need to open the app

Android 4.0 (Ice Cream Sandwich) and up:

• Faster search, even when you’re offline 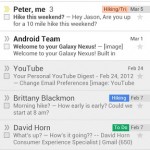 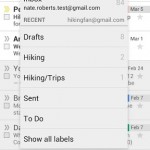 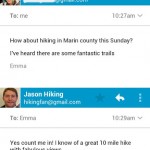 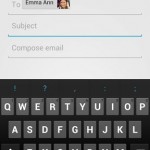 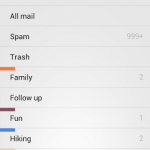 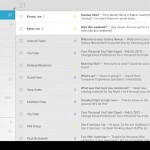 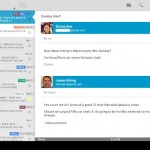 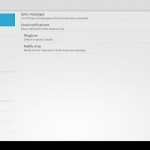