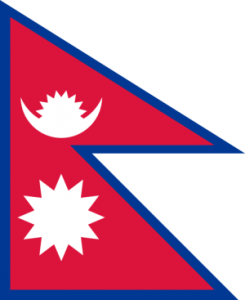 A prominent lawmaker and gay rights activist, Sunilbabu Pant, in Nepal, has asked Facebook to include a third gender option for people who identify themselves as neither male nor female. He is looking to protect the rights of individuals who consider themselves lesbian, gay, bisexual, transgender, and intersex (LGBTI). He has written to Facebook co-founder and CEO Mark Zuckerberg with the hopes to get the social network to an option called “third gender” or “other.”

Here is the full letter:

In 2007, the Supreme Court of Nepal responded positively to a case Blue Diamond Society brought before it. We asked the court to find that LGBTI people are equal, and that gender identity should be based only on self-identification. They decided positively on both counts – and now we are working to implement the policies.

I write today as an avid user and admirer of Facebook. Your product has revolutionised the way we communicate and express ourselves around the world. It has brought communities together, which were otherwise thousands of miles apart, and resulted in collaboration and partnerships, which have improved the world.

In Nepal, we have been working with the government to improve this identity-based access to documentation and civic participation. The government of Nepal is working to implement a third gender option, labeled “other”, on all official forms and registers.

I encourage you to do the same, for the sake of respect for gender-variant people around the world who want to socialize, organise and be a part of your 21st century internet revolution. I encourage Facebook to celebrate diversity.

Please let me know if I can help in the process.