Mozilla being summoned quite high since from the time it was upto with its Firefox OS, but what according to Engadget which has obtained a set of images said appears to be called as the complete version of the Firefox OS Marketplace. As we go by images, the app store features such as a search bar, categories, ratings, and details for each app.  Furthermore, it is expected that the Marketplace to first arrive from Telefonica with other carriers to follow the suit. Well, we believe that will see more of Firefox OS as we get closer to its 2013 launch. 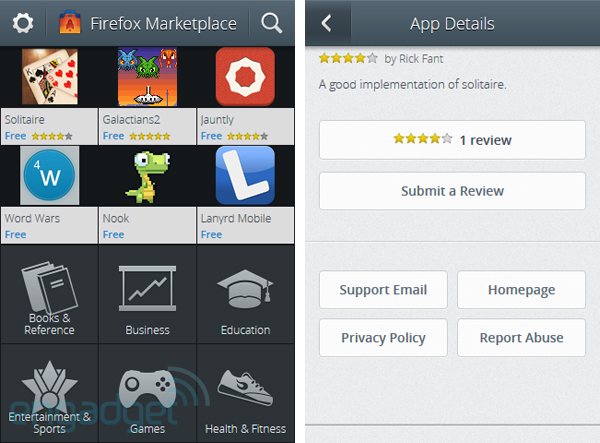