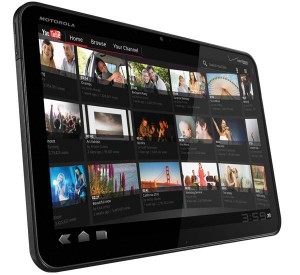 ChicagoBusiness.com reports that Motorola Mobility sold refurbished Xooms without deleting previous owner’s data – looks like a strange thing that how a well known company forgot to take a note on this at initial stage itself – the company has learned some 100 cases where the original owner’s data was not completely erased from a Motorola Xoom Wi-Fi before resale.

“While this matter likely affects only a small number of refurbished units, Motorola has a strong commitment to its consumers and is proactively responding to mitigate any risk to its customers,” the company said in a news release Friday. “Motorola has confirmed that any refurbished units sold outside the time period in question were properly refurbished.”

The problem is resisted in a part of 6,200 tablets batch that were resold by Woot.com – an online retailer between October and December. New owners further reports that they may be able to access photos, documents, user names and not to strange (in this case) previous owner’s passwords too. Only Xoom Wi-Fi tablets returned between March and October to retailers including Amazon.com, Best Buy, eBay and Staples have been affected. If you too have the one with the same problem, click here for Xoom Wi-Fi return submission.