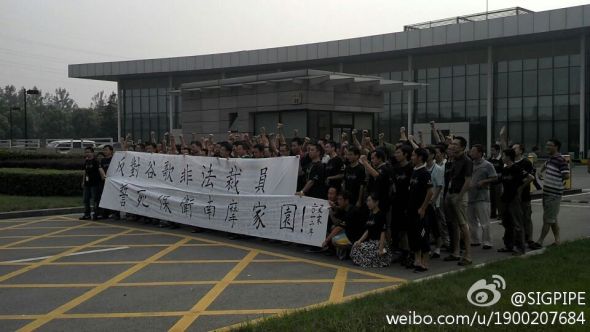 With Google’s plan of laying off around 20% of Motorola workforce, Sina Tech reports that former Motorola Mobility employees in Nanjing and Beijing have organized protests.  According to workers, there is a breach in employment contract from Motorola side, and have documented protesting with banners outside the company’s offices. A banner reads, “Against Google’s illegal layoffs, defend to the death Nanjing Motorola’s home.”  Google announced the cut earlier this week with one third of the (4,000) jobs cuts are reported will be in the U.S operations.  The company plans to leave unprofitable markets, stop making low-end devices and focus on a few Cellphones instead of dozens.