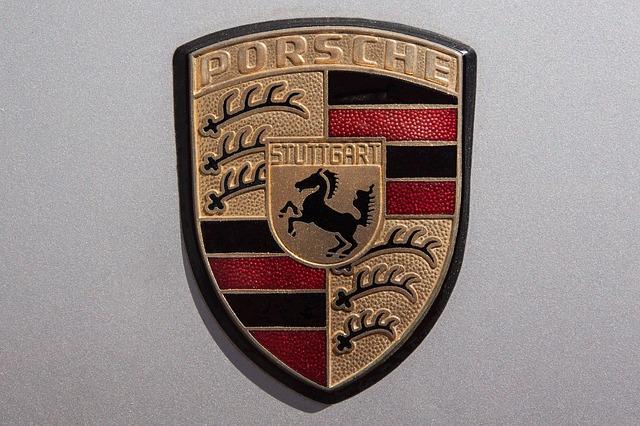 German car manufacturer Porsche, based in Stuttgart, is known for the fast, powerful sports cars that it builds. The company has made a wide variety of vehicles over the decades since it was founded in 1931, including military tanks and SUVs. However, the name Porsche is always associated with fast, sporty, high-performance cars since that is their specialty.

Today’s Porsche models include hybrid vehicles and SUVs, along with their signature sports cars. These cars have powerful engines that can deliver top speeds of 180 miles per hour, or even more. Driving enthusiasts love the power, handling and exhilarating performance of these vehicles. Here are a few of the most powerful vehicles Porsche ever produced.

The Speedster is an expensive and exclusive model. The company produced only 356 of these cars, with just 100 of them shipped to the United States, where they sold for a base price of $204,000. The engine is a 3.8 liter boxer six, with direct injection, which delivers 408 horsepower. In addition to its stunning performance, this model is also known for having interior leather that matches the exterior color, and the checkered-flag design on the seats.

Another variation of the popular 911, the GT3 is a favorite of many Porsche fans. This speedster can hit a maximum of about 195 miles per hour, and it accelerates from 0 to 60 miles per hour in only 3.3 seconds. The engine is a 3.8 liter horizontally opposed 6-cylinder, and it creates 475 horsepower and torque of 325 pound-feet. Many owners enjoy driving a Porsche 911 GT3 on the race track because the experience is absolutely memorable.

The Carrera S is sleek, sexy and powerful, with a 400 horsepower engine that can drive the car to a top speed of about 188 miles per hour. In fact, Top Gear even called this model the best sports car in the world, which is high praise indeed. The 3.8 liter, 6-cylinder engine is paired with a 7-speed transmission. The power this car delivers combined with its precise handling creates an incredible driving experience.

Porsche Boxster is a relatively low-priced Porsche model, with a base price of about $75,000. For that price, you get a whole lot of performance, with a top speed of about 174 miles per hour. The engine is a flat-six, 3.4-liter engine that generates 320 horsepower, and the car can accelerate from 0 to 60 miles per hour in 4.7 seconds.

Some people were apprehensive about Porsche’s SUV offering, the Cayenne, thinking the company was getting away from its high-performance sports car roots. However, Porsche Cayenne was more popular than anyone anticipated. There was so much demand that Porsche even released a Turbo variation for those who wanted more speed for their SUV. The result is this luxury all-wheel drive SUV that can hit 172 miles per hour, and go from a standstill to 60 miles per hour in just 4.4 seconds. The 8-cylinder engine is 4.8 liters and produces 500 horsepower. If you’re looking for a luxurious, powerful SUV, look no further.

The 4RS was released back in 1990. At first, it could only pack 260 horsepower, though engineers managed to increase it by 40. To do that, they had to remove some of the components such as the muffler and the converter. The result – a beautiful Porsche 911 Carrera 4RS Lightweight which used a flat-6 engine that could reach a top speed of 300 horsepower. The cars were produced in a limited number, thus making the 4RS a rare Porsche car. There was an action in 2009 that sold a Carrera 911 4RS for $139,000.

Porsche is without a doubt one of the world’s most renowned car manufacturers. Every car made was special in one way or another, and while the company did have some struggles over the years, it still managed to stay on top. Whether you’re absolutely in love with a design911 car model or you’d rather go for a GT or Speedster, Porsche will certainly exceed all your expectations. In spite of a rather high price, these vehicles are brilliantly made and worth every penny.