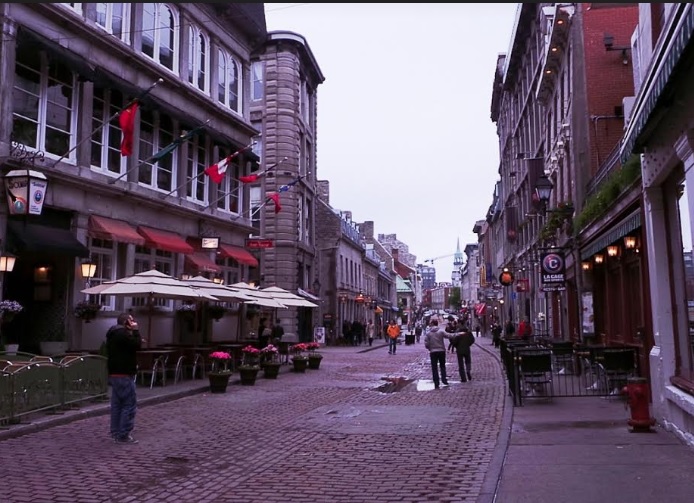 Cobblestone streets lined with inviting boutiques, cosy restaurants, busy nightclubs, rock and jazz clubs, sprawling natural spaces, and a raft of arts venues and festivals, give Montréal a creative exuberance that is infectious.

The second largest city in Canada with around four million inhabitants, and the second-largest French-speaking city in the world, has great appeal to visitors seeking something different in North America. The city was the birthplace of Cirque du Soleil and Celine Dion, and the late poet and musician Leonard Cohen lived here.

Montréal is more ‘European’ than most of Canada and is sometimes called ‘Paris on the St Lawrence’, so it’s no surprise to find some nice squares, parks and unusual architecture. You can check these out as you walk around the relatively compact centre. 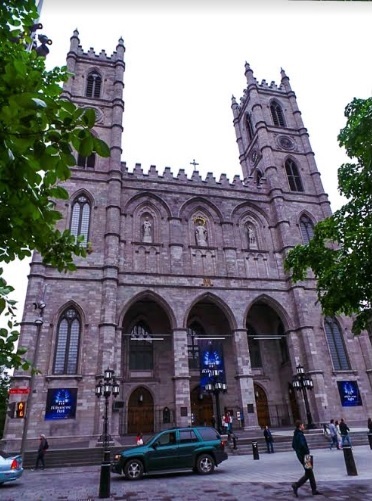 This area was developed from 1693 and it later became the heart of the Old City. It is now hugely popular with visitors. The square contains the oldest standing building in Montréal (started 1694) and the huge Notre-Dame Basilica.

There is a monument in memory of Paul de Chomedey, a French military officer who was the founder of Montréal and nearby is a departure point for attractive carriages offering horse-drawn tours of Old Montréal.

This huge open space is one of the few spots where you can still see physical evidence of the fortified French citadel from 1690 which was later demolished by the British.

Close by, you find the City Hall and some of the oldest buildings in the city. All this area of Old Montréal, with its boutique shops and restaurants, is best explored on foot and much of it is pedestrianised.

This major ultra-modern performing arts complex is home to the Montréal Symphony Orchestra, the Opera de Montréal and the Grande Ballets Canadiens. There are six halls, a museum of contemporary art, shops, and a large, popular esplanade with fountains and water features.

The locals take their music and culture quite seriously so take the opportunity to see a performance or an art display. All the facilities are connected by an underground mall to the city’s famous Underground City. 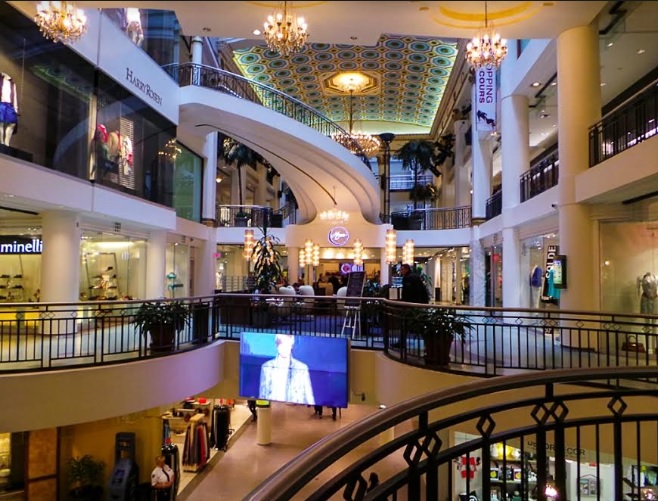 This has become an important tourist attraction. Many Canadian cities have some kind of tunnel system downtown to help people avoid the winter weather but this is the largest underground complex in the world. It stretches for 32 kilometres.

Jump on board bus 11 at the Mont Royal Metro station to visit this large park or walk one of the six kilometre tracks that lead to the summit. A highlight is man-made Beaver Lake with its restaurant-bistro and rental counter for rowboats in summer and skates in winter. The Mont Royal summit has a lookout offering great views over the city.

Tam Tams is an outdoor drum jam on Sunday afternoons from about May to October that is well worth seeing. Nearby, are colourful residences, decked with outdoor iron staircases, surrounded by splashes of street art.

Ice Hockey and other sports

Ice hockey was developed in Montréal, and the first indoor hockey game was played in 1875. It has since become a national passion and a visitor ‘must-see’. Visit the Bell Centre, a sports and entertainment complex best known as the home of the Montréal Canadiens ice hockey team, for a spectacle of athleticism, showmanship and violence.

You are unlikely to participate in an ice hockey game but at many locations in the city it is easy to skate, ski or sled in winter and swim, cycle and play golf in summer.

Montréal is famous for its food and visitors will find it fresh and affordable at the Jean Talon Market. Taste exquisite cheeses, meats, breads and much more then find a place to sample Poutine, a local dish consisting of potato chips and cheese curds covered with brown gravy.

This is a city that loves its food. Notre Dame Street is Montréal’s most interesting food and drink strip for both classic comfort food and creative tasting menus. You are sure to find just what you are searching for here.

The city is really abuzz several times a year for its major festivals. The Montréal Highlights Festival in February features ice skating, fireworks, live music and the Montréal All-Nighter, where the city stays up all night. 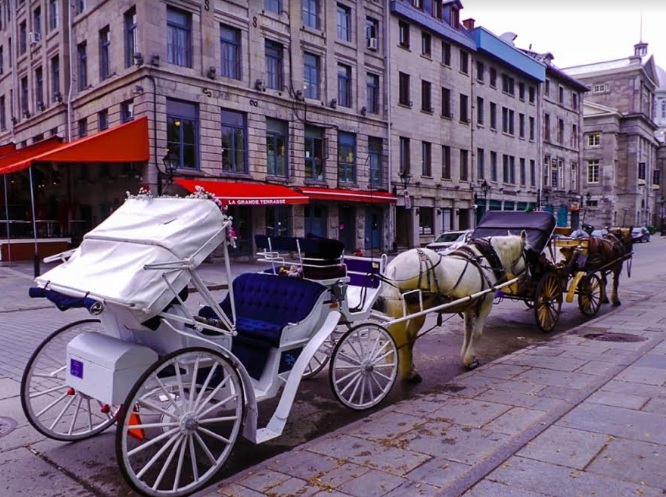 The Montréal Jazz Festival, in June/July, offers about 500 concerts while the Just for Laughs Festival held every July, features some of the world’s greatest comedians.

Montréal hosted the huge, successful Expo 67 and there are still a few reminders of that. The obvious one is yesteryear’s USA Pavilion which is now the Montréal Biosphere, a spherical environment museum with family-oriented, hands-on exhibits. The city was also host to the 1976 Olympic Games but this left a failed stadium and a bill that took 30 years to eliminate.