According to Microsoft’s own data, Azure’s storage service, Microsoft’s cloud computing platform have now over 4 trillion objects stored, process an average of 270,000 requests per second, and reach peaks of 880,000 requests per second. A year ago it hit 1 trillion object mark and within a year time, the company saw an impressive 4x increase in number of objects stored, and a 2.7x increase in average requests per second. According to Microsoft’s Brad Calder, the company expects this growth rate to continue. Even over, Microsoft just over the last few weeks also added a number of new features to Azure, including Locally Redundant Storage and Geo Redundant Storage, as well as its Azure Virtual Machines. If you would like to learn more about Windows Azure, click here. 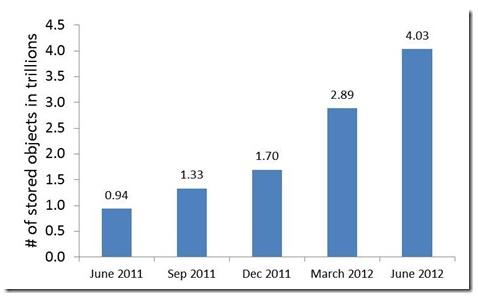