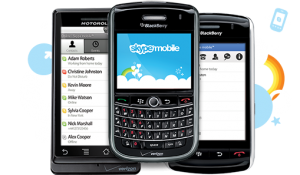 Skype’s VP of products, Rick Osterloh, revealed during the CES 2012 that Microsoft’s Skype division is gearing up to launch its Window’s phone product – Skype for Windows in the coming months – stating not much detail at that time – but today we are got the news that Skype is currently testing an initial Windows Phone client, which is expected to debut very soon – somewhere during the MBC 2012.

According to The Verge, “Skype for Windows will include a two column grid to display contracts. Microsoft’s initial release of Skype will be a standalone application, with People Hub integration expected in Windows Phone 8. Microsoft employees are the first to download a test version of Skype from the Windows Phone Marketplace.”

Going in the past, Joe Belfiore, Microsoft’s Director of Windows Phone program, promised last year, that Skype would arrive on Windows Phone in 2011 second half, a date that has already passed without any clarification regarding the company’s plan – although with the current updates Microsoft has indicated that the app will arrive soon – at least even one of source also indicate that it could launch at Mobile World Congress later this month.