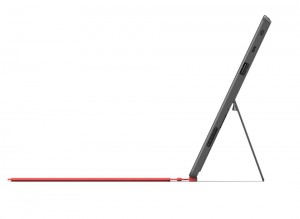 It would be a big year so far for Microsoft with some real highs as well as some competitive expectations on the urge, in an interview with the Seattle Times, Ballmer discussed Microsoft’s “epic year,” and talking and considering the Surface tablets as what according to him is the “sweet spot” for the Windows 8 tablets.

The pricing thing, this is certainly something that Ballmer did touched how the pricing of Surface tablets would be positioned against their rivals, “If you look at the bulk of the PC market, it would run between, say, probably $300 to about $700 or $800. That’s the sweet spot,” says Ballmer.

I think most people would tell you that the iPad is not a superexpensive device. … (When) people offer cheaper, they do less. They look less good, they’re chintzier, they’re cheaper.

If you say to somebody, would you use one of the 7-inch tablets, would somebody ever use a Kindle (Kindle Fire, $199) to do their homework? The answer is no; you never would. It’s just not a good enough product. It doesn’t mean you might not read a book on it.