Microsoft has released its 146-page 13th volume of its bi-annual Security Intelligence Report (SIRv13, PDF). The document discusses about malware and general security trends for the first half of 2012 and what interesting to note here is that about 76% of pirates trying to get free software, end up with malware infecting their PCs. 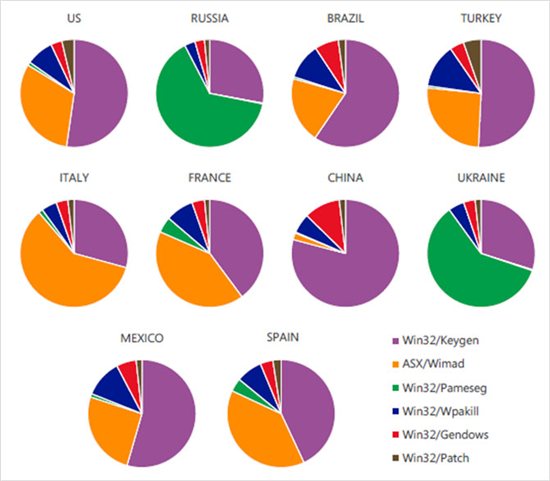 The tech giant found that Win32/Keygen reported to be the most commonly threat family between January 2012 and June 2012 and was detected nearly 5 million times. In case if you had not heard what Keygens actually are, they often come with malwares resulting into being a threats when the users either visits websites that distribute them.

Keygen detections have increased by a factor of 26 since the first half of 2010 and today Keygen is the number one consumer threat family worldwide, rising above other prevalent threat families like Pornpop, Blacole, Conficker and FakePAV. The prevalence of Keygen varies from location to location, however it is listed as a top 10 threat for 103 of the 105 countries/regions studied in SIRv13. That means Keygen is in the top 10 list of threats for 98% of the locations we provide analysis for in SIRv13.