Microsoft today finally taken its shield off and announced the long-awaited Windows 8.1 version codenamed as Windows Blue. The company will make avail the Windows 8.1update in preview on June 26th. In the last few days we have seen number of leaks of the Windows 8.1 version, but with today announcement we have finally avail the complete picture ranging from the additions and improvements the company has made. The long time rumored start button also make its return back with this version. In this post we will work through detailing the number of features.

The first thing you’ll notice is an improved lock screen. With Windows 8.1, you can now accept a Skype call even with the PC is locked, or trigger the camera and take photos. You will now find new large and small Live Tiles — the animated app icons that appear on the Start Screen — in Windows 8.1.

“You still get notifications, you still get posts, you still get counts on them, but they take up one-quarter of the space of the tiles we had with Windows 8,” explains Jensen Harris, a director of the Windows User Experience Team at Microsoft.

“The boldest totally new feature that we’ve done in 8.1 is the Search feature,” says Harris. “We’ve taken the Search feature and made Search to be the one box you can use for your PC, files, settings, and also for the web and information within apps on your PC.”

Apps, then music, settings, files, pictures, and web suggestions all collated from content local to your PC or in SkyDrive you will find by default the list in the side bar starts. Overall, the layout looks very similar to the Bing News app, where you can already see a mix of stories, photos and videos.

SkyDrive storage, now you will find in File Explorer. In short, from now it is all automatic which will lead to have all your settings, apps, and the histories of your apps are stored in SkyDrive.

The Windows button is back. If you mouse over to the lower left corner, the Start button simply passes you along to the new live-tile area of the operating system.

Microsoft has tried to tie-up all the missing features that were not there in Windows 8. It would be an important plus exciting release and probably help the company to get it swinging back, while all eyes are now on Windows 8.1 release which is scheduled for June 26. We’ll be covering live the event, so stay tuned with us. 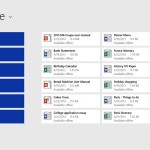 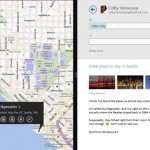 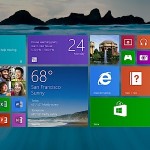