Microsoft has sending out invitation to media members for the launch of its new Surface tablet. The event is schedule for September 23 in New York City with expected that the company will unveil Surface 2 and Surface Pro 2 tablets at the event. The new tablets will be refreshed version of the current tablet versions.

The design is expected to be same as that of the existing tablet models while the company is planning to ship Surface Pro 2 with Intel’s new Haswell processor and 8GB of RAM. For the Surface 2, it is expected that the tablet will feature Windows RT 8.1, 1080p display and Nvidia’s Tegra 4 processor. Well, the full curtains of the show will be shared only on September 23, till then we believe more rumors as well as expected specs will be seen added with the tabs. 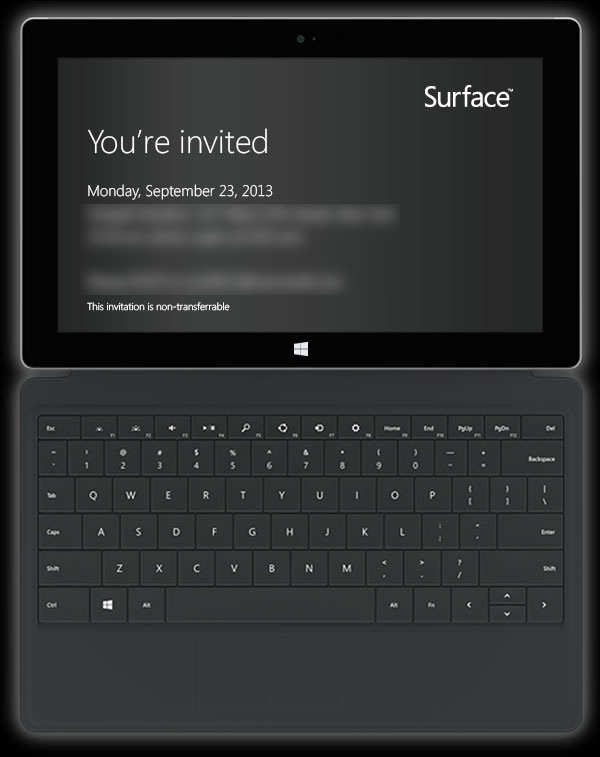