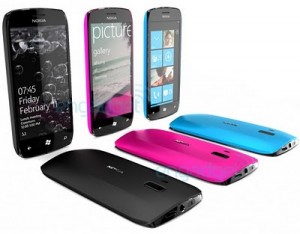 Microsoft has entered into an agreement with Kuwait-based telecommunications company, Zain during Mobile World Congress in Barcelona last week, which will see Windows Mobile devices distributed in the Middle East and North Africa (MENA) region. The countries in line to gain access to phones from select manufacturers are Bahrain, Iraq, Jordan, Kuwait, Saudi Arabia, Sudan and South Sudan.

Speaking about the agreement, Zain CEO Nabeel Bin Salamah said, “The smartphone has become a necessary item in today’s society, and this agreement with Microsoft, one of the world’s leading technology companies, is just the beginning of yet another example of Zain delivering on its brand promise to achieve our vision of ‘A Wonderful World’. We have the utmost confidence in the capabilities of Windows smartphone technology and believe such an appealing offering will further attract, empower and enhance the lifestyles of our customers.”

According to Gustavo Fuchs, Microsoft Mobility Director, Middle East and Africa, said, “Smartphone growth is fuelling the worldwide mobile phone market and Windows Phone is poised to lead this trend. In fact, the International Data Corporation (IDC) recently projected that Windows Phone will have the second largest share of the smartphone market by 2015.”

He further commented, “We are seeing huge smartphone growth in the region and this is expected to continue with a prediction of 38% year-on-year growth for 2012. The partnership with local mobile phone operators will help drive the appetite of consumers in the region.”