TRENDING
Navigate
Categorized as
2708
Tagged as
MicrosoftXboxXbox One
Related 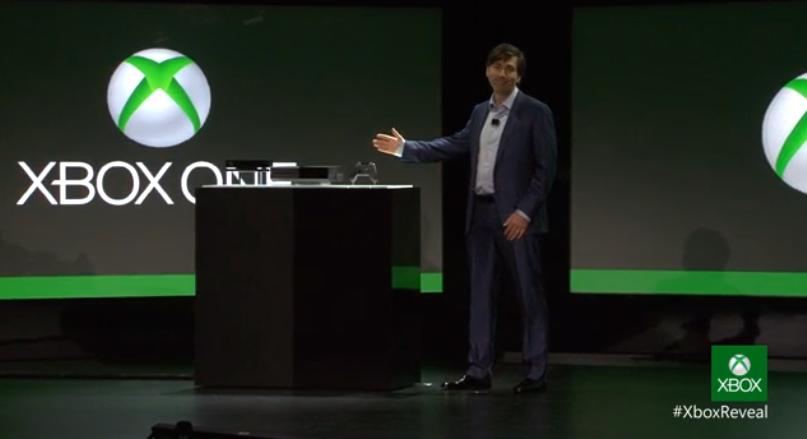 Microsoft today at its Xbox even announced Xbox One. Revealing about the details of this new gaming console, Microsoft’s Yusuf Mehdi shared that with new Xbox one can get all TV experience under the hood. “What if a single device could provide all your entertainment?” and what if it could turn on your TV, Mehdi says. “Xbox on” and …boom, it turns on, and apparently turns on the TV too.

The new Xbox has turned you to a “personal homescreen” which looks familiar the way as you were being seeing from years. The company also introduced “Add Snap,” which works something similar like bookmark. The console also contain “Snap mode for Xbox.”

Now, over on the Xbox One Guide, there is a pretty looking standard guide on screen, which being split between “Trending, Favorites, and My channels.” One can change channels by naming them, like you can even just say “What’s on HBO” and it will show you.

Marc Whitten said the system is “connected and ready” with 5 billion transistors and 8 GB of RAM and features USB 3.0, Wi-Fi Direct, Blu-Ray, 802.11N, HDMI in/out. The Xbox One architecture having three operating systems in one, the first is the Xbox OS. The second is the kernel of Windows. The third connects the two OSes for instant switching and multitasking.

The Xbox One comes with new connect sensor. It’s completely redesigned with voice is now more conversational and emphasized over personalized to each person. It has a 1080p wide-angle camera. It can detect slight rotations in your wrist of shoulder. The new controller has 40 design changes. And, yes it does have a new D-pad. Whitten added that company now having over 10 million downloads, but with Xbox One, Smart Glass is natively part of the platform. He added that the Kinect is the center of all these inputs.

For the Xbox Live updates, it is based on the same membership users have already with them. Now there are more than 300,000 servers for Xbox One. It stores you music, movies, games, and saves in the cloud. Plus you will not have a dedicated game DVR but there’s an editor as well, so you can edit your saved game recordings. They’re doing a better job of queuing you up for multiplayer, letting you play another game while you wait for a match.

For the games, Andrew Wilson from Electronic Arts said that there is a “brand new, broad strategic partnership,” but no details on that yet. Instead, the company has developed four games for Xbox One: FIFA, Madden NFL, NBA Live, and UFC. All four will launch in the next 12 months and all will be powered by “EA Sports Ignite,” a new gaming engine for EA.

Over more on games, Phil Spencer from Microsoft Studios takes the stage and stated the company has new game title from an exclusive franchise: Forza Motorsport 5 which will be available at launch. Even, more titles are in development now than at any other time in Xbox history. Microsoft Studios will release more than 15 exclusive games in the first year, eight of them will be brand new franchises.

Again TV on talk again, Nancy Tellem takes the stage stated that “Until now, the television viewing experience has been a one-way street for the viewer.” with that’s going to change, she says. You’ll get better recommendations, and “TV will become social in ways unknown to us today.” Xbox is about to become the next watercooler.”

Bonnie Ross from 343 industries added “Halo has always been more than a game.” There is now a Live Action Halo television series with Steven Spielberg is involved.

Xbox also teamed up with the NFL, as it also involving Fantasy Football. Mattick back on stage, adding there will be an “exclusive and interactive content” with there will also be Microsoft technology “on the sideline.” He added that the company launching Xbox One later this year “around the world.”

There is one more big news today that Xbox will have exclusive downloadable content of Call Of Duty Ghosts, the new version of the game built on built on a next-gen engine. The game and graphics are totally new, with taking the game to a new level.