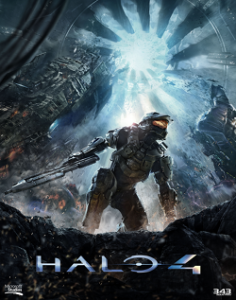 Microsoft revealed that it has hit high the year with making a total sale of Halo 4 game with breaking all records with $220 million in sales in one single day; moreover it is on the track to reach $300 million in global sales in the first week also. That means beating all earlier records for the biggest first day opening in US box office history which was earlier set by Harry Potter and the Deathly Hallows: Part 2, along with the main biggie movie of the year, The Avengers.

“We’re thrilled that ‘Halo 4’ has emerged as the biggest U.S. entertainment launch of the year,” said Phil Spencer, corporate vice president of Microsoft Studios. “Thanks to the millions of fans worldwide who helped make this another record-breaking launch for the ‘Halo’ franchise, ‘Halo 4’ is kicking off a strong holiday season and has become the must-have blockbuster experience of the year.”

“Consumer demand and excitement for ‘Halo 4’ is even greater than we anticipated,” said Tony Bartel, GameStop president. “Day-one sales of ‘Halo 4’ make it the biggest ‘Halo’ launch in GameStop history and the biggest game launch on any platform so far this year in our stores.” Halo 4, developed by Microsoft Studio 343 Industries all exclusive for the Xbox 360 is the next blockbuster instalment of the iconic franchise which is moving towards making some great history.