According to Microsoft’s Building Windows 8 latest blog post, the tech giant detailed graphics hardware acceleration in Windows 8. The company says the graphical user interface (GUI) built from two perspectives: raw performance and battery life. The company explain on by saying that graphics performance on Windows depends on both the operating system and the hardware system, comprised of the CPU, the GPU and the associated display driver. The tech giant saw the framerate improvements of up to 336 percent while rendering text, and up to 438 percent with simple shapes and a 40 percent improvement in JPEG rendering. To know about each and every detail about what Microsoft bringing up, click here. 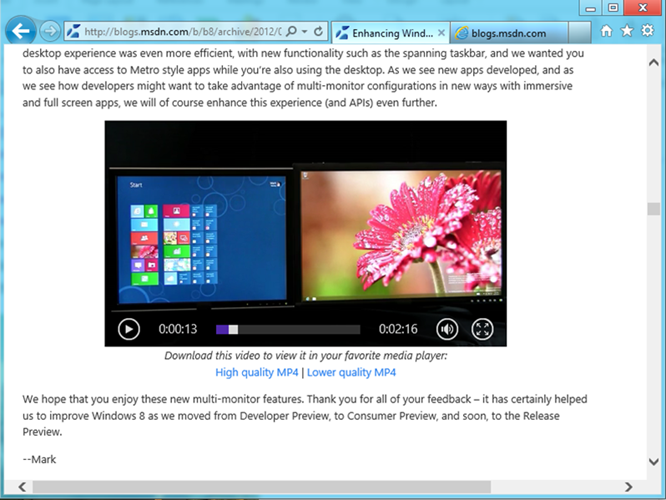