TRENDING
Navigate
Categorized as
1642
Tagged as
BingBing It OnBingItOnGoogleMicrosoft
Related

In order to show its search engine superior then that of Google, Microsoft today launched a new campaign in US. The tech giant ask the end users to try “Bing It On Challenge,” which is available at BingItOn.com, allowing users to compare unbranded Web search results from both of Bing and Google both on side-by-side. Once the user enters into a query, in two sides of interface, results will be shown from both from Bing and Google and users given choice to decide which is better. Users can declare a winner or say it’s a draw and if user wants to share their results, they can via Facebook, Twitter and Google+. 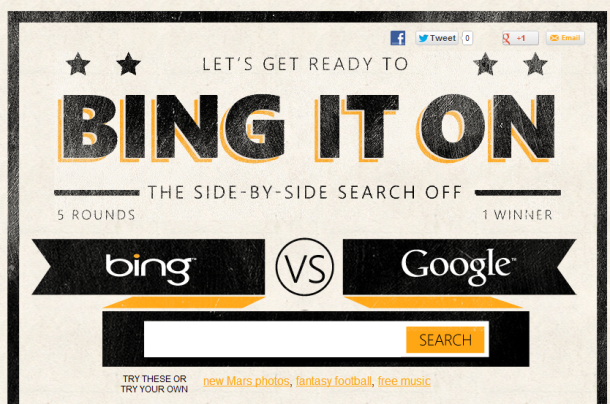