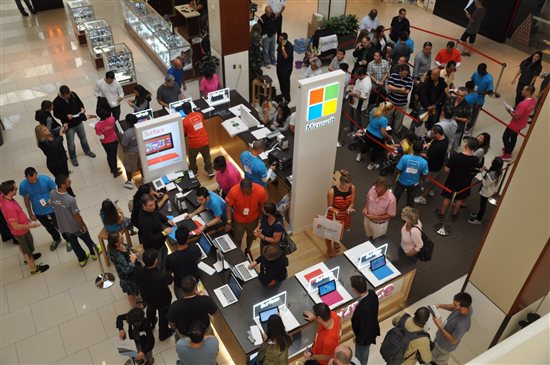 With Microsoft reported it third quarter 2013 results a day back with an operating income of $7.61 billion, net income $6.06 billion and diluted earnings per share of $0.72, the company in its SEC filing, which was noted first by Computer World that if the departing CFO Peter Klein does not work for a competitor, the company will pay him up to $2 million in 2014.

Here is a part from SEC filing revealing the Microsoft’s take over Klein departure:

On April 12, 2013, Peter Klein, the chief financial officer of Microsoft Corporation (the “Company”), informed the Company of his intention to resign his position. Mr. Klein will continue as chief financial officer until his successor is appointed and will remain an employee of the Company through June 30, 2013. The Company and Mr. Klein entered into a resignation agreement on April 18, 2013 (the “Agreement”), under which the Company will pay Mr. Klein $1,000,000 on January 15, 2014 and $1,000,000 on June 30, 2014 as compensation for his services during fiscal year 2013 and performance of his obligations under the Agreement.

These payments are subject to forfeiture if Mr. Klein breaches the Agreement. The Agreement, filed herewith as Exhibit 99.1, includes non-competition and confidentiality provisions and a release of claims by Mr. Klein.