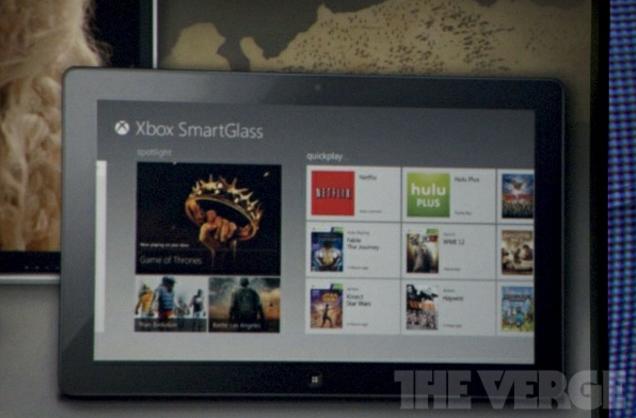 At an ongoing E3 2012 today, Microsoft has announced a new second-screen long-rumored product called as “SmartGlass.” The product will let you watch movies on both iOS or Android platforms and even make it work for you on Xbox either. Over the top, the best feature that sounds in all announcements is that Internet Explorer coming to Xbox, means you can surf the web using the app. It will be available in fall of this year along with SmartGlass. SmartGlass lets users interact and view new content along with video and games on their console.