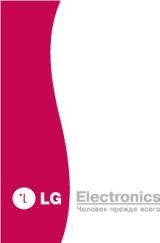 Microsoft Corporation has signed a patent agreement with LG Electronics over LG’s tablets, mobile phones and other consumer devices running the Android or Chrome based OS platform.

The deal marks their 11th agreement together with Android and Chrome OS device manufacturers, including HTC, Samsung and Acer. With the LG deal, Microsoft will cover more than 70 percent of all Android smartphones sold in the U.S under its patent portfolio, said Horacio Gutierrez, corporate vice president and deputy general counsel, Intellectual property group at Microsoft.