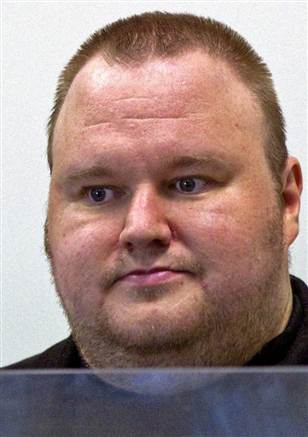 Megaupload founder Kim Dotcom was denied bail on Wednesday. A New Zealand judge ordered the founder of online sharing site Megaupload.com to be held in custody for another whole month – mentioning that the suspected internet pirate posed a high flight risk. Dotcom was remanded in custody till February 22.

U.S. accused the site of copyright infringement with the arrest of seven individuals and two corporations – Megaupload Limited and Vestor Limited last week. The estimated harm conduct to copyright holders’ results is well in excess of $500 million, including the illegal profits through advertising revenues and selling premium memberships plus with the 10 Mercedes, a Harley, 108-inch TVS, the items feds seized from the owner.

According to Reuters, Judge David McNaughton said, he is flight risk. “With sufficient determination and financial resources, flight risk remains a real and significant possibility which I cannot discount and bail is declined.”

Dotcom earlier stated that he is innocent of charges and is not a flight risk as the government already seized his assets.