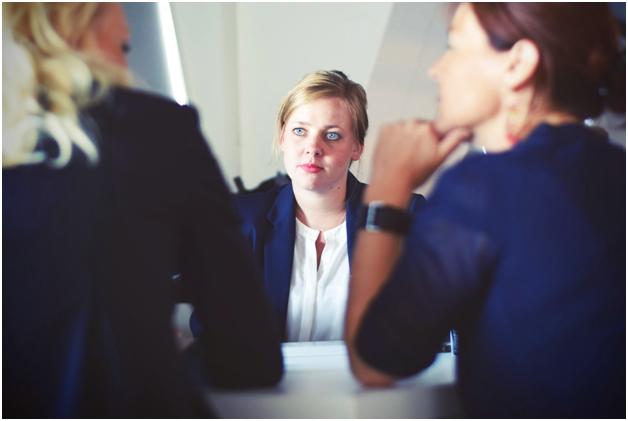 The job interview is probably the scariest and most difficult part of the entire application process. As hard as it can be to create a carefully worded and effective application letter, that’s nothing compared to being put on the spot in the room with a group of strangers asking your questions. It’s no surprise then that this is the point where a lot of people trip up and ruin their chances at a job that they really want. There are dozens of reasons why someone might feel as though the job was within their grasp only to fall at the final hurdle. Fortunately, a lot of these reasons are surprisingly simple to overcome as long as you know how. With that in mind, here are some of the most common job interview mistakes, and how to avoid making them next time you’re in the hot seat.

A lot of job interviews are about trying to get to know you as a person, so employers aren’t going to be that interested in you reading off a script whenever you answer any questions. That being said, it’s still incredibly important that you prepare as much as possible. Not only does it allow you to have more information to draw from when you’re talking so that you’re not just pulling facts and figures out of thin air, but it also allows you to demonstrate your commitment to your potential new employer. Do some research into their company so that you can give a much stronger sense of exactly how you intend to fit in and improve upon in.

Sometimes you can be as prepared as possible, but it still doesn’t work because you simply aren’t able to communicate your thoughts properly. There are a lot of reasons that this can happen. One of the most common is simple nerves. If you start to get nervous and flustered, then it’s likely that you’re going to lose track of what you were saying or stumble over your words. No matter what you’re trying to say this can make you sound uninformed. This is similar to a problem that many non-native English speakers have. You might know what you want to communicate, but you simply can’t get the words out properly. If this is the case, then a course like Effortless English Club is perfect for helping you communicate more confidently and effectively. And don’t forget, there’s nothing wrong with taking a moment to collect your thoughts and consider what you’re going to say. Interviewers would rather hear a well-thought answer than a rushed one.

It might not be ideal, but the truth is that employers are going to judge you one what you look like. If you show up to an interview in sweatpants and an old hoodie, then that’s not going to give the right impression. Make sure that you’re dressed smartly and that you present yourself as professionally as possible.

Sadly, there’s nothing anyone can do to make job interviews a less nerve-wracking experience, but by following these simple pieces of advice then you’ll put yourself in a position where, even if you’re nervous, you’re able to take control of the situation and really put your best foot forward.