LG is all on the way to get a new smartphone – yes a new smartphone is soon to be adding in its kitty and it would be a Tegra 3 chip based phone that hopes to be appearing at upcoming MWC in Barcelona which is scheduled for the later period in this month. According to MoDaCo, LG’s got a leak and it’s revealing some valuable insights on another flagship smartphone – even backing them up with some screenshots – the phone somehow looks like the HTC Endeavor. 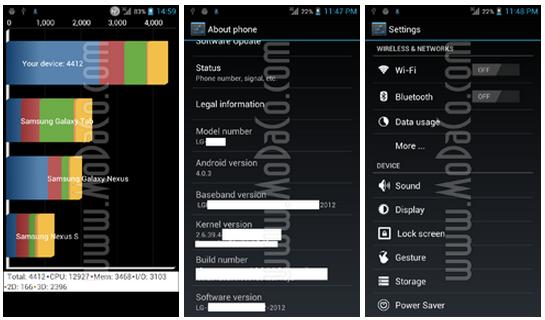