LG in the urge of making “Life’s Good” for all unveiled first the “Optimus 3D Cube” and then “Optimus 3D Max”, another 3D smartphone – the company has followed its continues suite of releasing early details of new devices prior to launch at Mobile World congress in Barcelona starting from this Sunday. 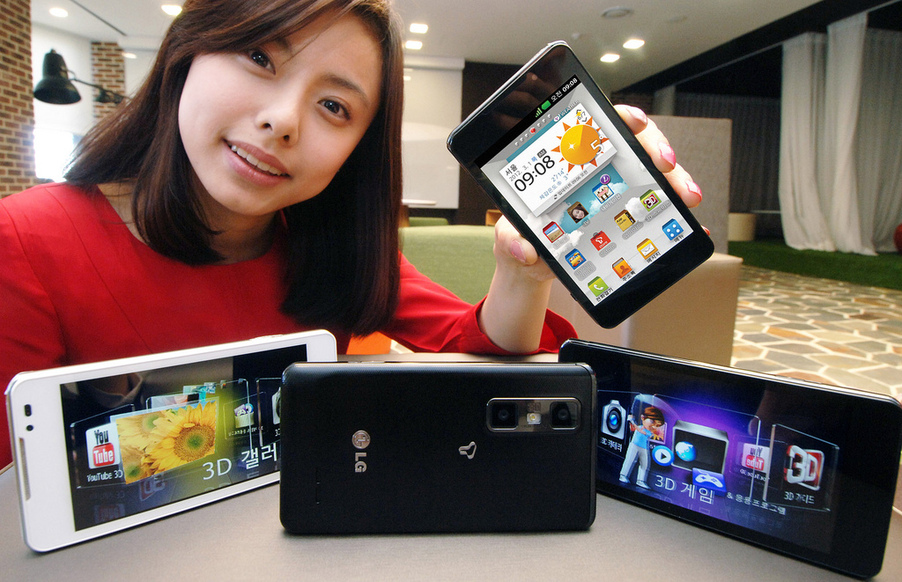 The Cube to be released in South Korea market first, through SK Telecom comes with 4.3-inch autostereoscopic (glasses-free) LCD touch screen, a rear-mounted 5-megapixel camera with dual lenses (for 3D capture), VGA camera on the front, 1.2GHz dual-core processor, and NFC, will feature 16GB on board storage, but there’s no mention, as yet, whether there’ll be a memory card slot, the battery is of the 1520 mAh variety, and it currently comes pre-installed with Android 2.3. There’s no idea at present when it will launch in UK or Europe and the other part of world, but the 3D Cube will actually be called by the name of LG Optimus 3D Max in Europe.

The Optimus 3D Max is equipped with 1.2GHz dual-core processors, having a 5MP dual-lens camera, LG Tag+ NFC, and run on Android 2.3 Gingerbread, having 8GB storage and “LG’s exclusive brightened” WVGA 4.3-inch display. The Optimus 3D Max will go on sale in Korea this March and gradually roll out to other markets starting in Europe. LG has released a statement stating that the new handset “will receive an upgrade to Android 4.0 Ice Cream Sandwich from Android 2.3 Gingerbread shortly after the launch.” The phone maker also unveiled its Optimus Vu phone a day ago which is equipped with 1.5 GHz Dual-Core Processor, 5-inch IPS Display and more.